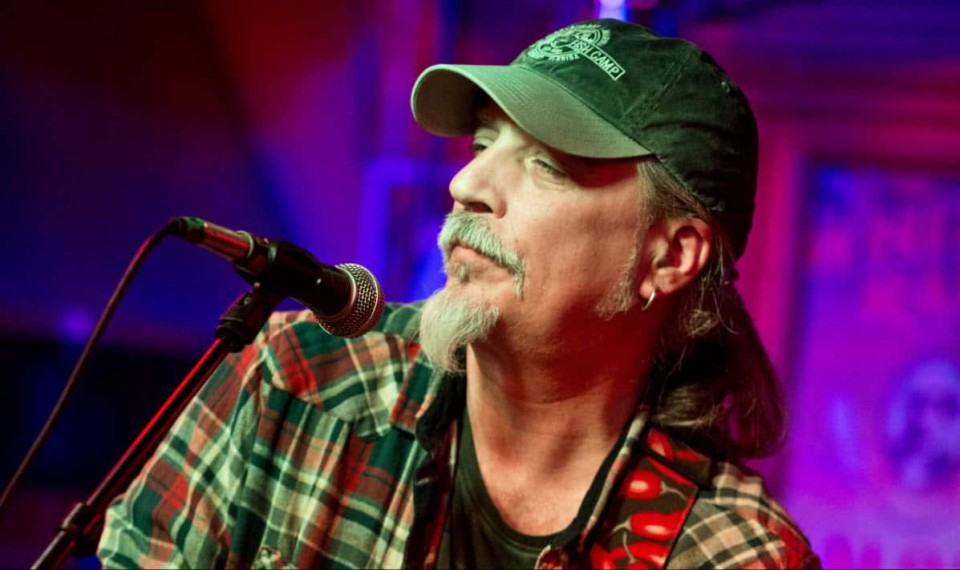 After twenty years of playing in rock and country bands in the 80s and 90s during which he recorded in Nashville and fronted the UKs Cactus Jack, Stevie has spent the last two decades as a solo artist and has released six studio albums, growing a loyal fan base and building on that in both the UK and in mainland Europe with his mixture of acoustic country, folk and americana.
His last album release was Fair Travels & Fine Times in 2018 with a new album Sunshine State Of Mind written and due to be recorded in 2021.

PREVIOUS FESTIVAL PERFORMANCES….
Bearded Theory, Beautiful Days, Watchet, Red Rooster, A New Day, Acoustic Festival of Britain, Wickham, Secret Wigit , many Something Else festivals, Weyfest, Americana, Westport Folk & Bluegrass Festival (Ireland), Pullman City Bavaria Country Music Festival (Germany) and Akaciju aleja Bardus Festivalis (Lithuania) and most recently the Wiślaczek Country Festival in Wisła, Poland. Over the years he has, amongst many gigs, regularly played/compered marquees for the National Association for Bikers with a Disability (NABD) at their rallies and became a patron of the NABD in 2010.

‘There is a passion and intensity to Stevie’s music that explores the deepest depths and nuances of any material he cares to play’ – Barrie Dimond, Festivals For All

‘…. a little further down the line’ is STEViE’s Nebraska – Blue, Back Street Heros custom bike magazine

‘His ability as a storyteller in song as well as between songs was similar to Vin Garbutt.’ – Kevin White, Moonshine Magazine

‘Stevie, One Bloke One Mandolin beguiled The Woodland Stage (at Bearded Theory) with his acoustic loveliness.’ – Get Ready To Rock

‘Think Tom Waits crossed with Steve Earle and add a touch of Johnny Cash. Like those wonderful artists Simpson is first and foremost a storyteller and that voice tells the story of his life. You can hear the joy, the pain, the good times and bad’ – Alan Ewart, Louder Than War

Stevie Simpson, who sang Americana in the Something Else tent on Thursday (at Bearded Theory Festival 2019), getting us in the mood for the festival to come. He’s an English Willie Nelson. – Paul Champion, Festivalsdotcodotuk

STEViE One Bloke One Mandolin
Copyright © 2022 All Rights Reserved